Ruthless Captain of the Jackdaw

The Captain of the Jackdaw draws attention wherever she goes with her combination of sky blue skin, glowing pupil less red eyes, and shoulder length midnight blue hair. The left side of her head is shaved, the ear on the same side featuring an abundance of piercings. There is a single narrow, well-healed scar that bisects her left eyebrow and circles around her eye to reach several inches into her scalp. She makes no effort to hide the imperfection and has instead chosen to highlight it with her hairstyle, but won’t talk about its origin. She is of average height, and has a lithe, toned figure.

She favors solid black, as is typical of members of the Chiss Expansionary Defense Force, but has taken to wearing civilian attire in order to more readily blend in with contacts who balk at the formal authority implicit in her uniform. Nearly every piece of clothing she owns features a bronze stripe or other detailing as a marker of her allegiance to House Nuruodo; the black jacket she wears bears the symbol for her CEDF rank of Commander on its right sleeve.

Her weapons of choice tend towards the ranged variety, though in a pinch she has no issue using a blade.

Vul’alo’naruodo was born on planet Naporar within the Chiss Ascendancy, and adopted the name Talon to honor both her family and root name — a common practice for Chiss. A favorite of House Vult, she proved herself to be a capable scout with an ear for languages by the age of eight. Talon’s skillset and intelligence propelled her to the top of her class and obtained her the notice of House Nuruodo, who recruited her into the family as a Merit Adoptive and the Chiss Expansionary Defense Force early even for her people, at age 8. She was shortly thereafter Born to Trial to House Nuruodo, and steadily rose through the ranks of the CEDF to become one of the youngest Chiss to ever reach Commander at the age of 18. Following her promotion to Commander, Talon was approached by her superiors to go on an information gathering mission outside of the Chiss Ascendancy. She took command of a confiscated smuggler vessel, renamed it the Jackdaw after an inquisitive species of corvid native to Naporar, and set about finding a crew.

Soon into her journey, she met up with a human pilot named Dahlia, and the pair quickly began sleeping together. Dahlia, though, wanted more of a relationship and level of commitment than Talon was willing to give, and they broke up once Talon realized their different expectations would never be rectified in a satisfactory way. Talon met a Rattataki named Novim during a raucous barfight, wherein he passed her a blaster at an opportune moment. Mutually impressed with each other, they spent the night together, and Talon offered him a job on her crew the following morning — and in the years since, they’ve fallen into a comfortable relationship.

Talon was overheard commenting about needing to find a new pilot following Dahlia’s exit, and found herself being approached by an adventurous Kushiban pilot, Mordrek, who was keen on taking the job. A Mandalorian bounty hunter joined the crew after having originally approached the ship seeking to collect a debt, but deciding to stay after meeting Talon and seeing how the crew operated. The Jackdaw’s crew has more recently been joined by Blair, a Lannik medic, who tended to a severely injured ally at a moment’s notice. During a particularly dangerous mission, the Jackdaw’s engine failed – and was efficiently repaired by Ari, a human engineer from Alderaan who quickly agreed to join the crew herself once they’d all made it to safety.

During Session #7, Talon was promoted to Captain within the CEDF. She also began learning under Lord Xoxan, an ancient Dark Jedi who has helped awaken Talon’s latent force sensitivity.

Ari – Ari is the Jackdaw’s engineer as of several months ago. Talon immediately took a liking to the human, appreciating her pragmatic attitude and seemingly endless mechanical abilities. Rather quickly, Talon became aware that she could go to Ari with questions about human customs, the nuances and contradictions of which regularly puzzle the Chiss. Ari has made efforts to explain concepts like ‘ghosting’ and ‘girl talk,’ with mixed success.

CSE-7 – CSE-7 is a tracker droid Talon received when she was recruited to the CEDF 14 years ago.

Dahlia Lockheart – Dahlia is one of the first humans that Talon came into contact with upon leaving the Chaos and embarking on her mission, and was the Jackdaw’s original pilot. Unfortunately, Dahlia wanted a greater level of commitment and attention than Talon was willing or able to give, leading her to initiate a breakup several months into their relationship. Dahlia, for her part, seems to largely think that she and Talon are ‘on a break.’ The pair have a complicated relationship in the present day, with Talon still caring about Dahlia in her own way, and Dahlia regularly turning up to try and impress Talon and get back in her good graces.

Novim – Talon and Novim met during a bar fight and were mutually impressed with the other’s battle prowess. They nearly immediately began an open relationship, with Novim casually bringing home conquests — the number of which tapered off once he realized Talon was largely not doing the same thing. Their relationship is a surprisingly healthy one, each accepting the other for exactly who they are. Talon’s analytical nature has lead her to pay close attention to exactly what makes Novim happy, something that has gone a long way to begin humanizing the Chiss. Novim has a menagerie in his room on board the Jackdaw, which Talon contributes to as the opportunity presents itself.

Terryn – Vult’erry’nuruodo, also known as Terryn, was Talon’s biological twin brother. Their abilities complemented each other’s so well that they were kept together following recruitment into the CEDF and House Nuruodo. Talon and Terryn were exceptionally close and rarely spent any time apart. During a routine mission, the twins were both severely injured in an explosion that killed Terryn and gave Talon her scar. She was promoted to Commander and given a commendation as a reward for her exemplary behavior in the field, and she’s struggled with feelings of survivor’s guilt in the years since — and was thus silently grateful to be given the opportunity to leave the Ascendancy and focus on something new soon after. 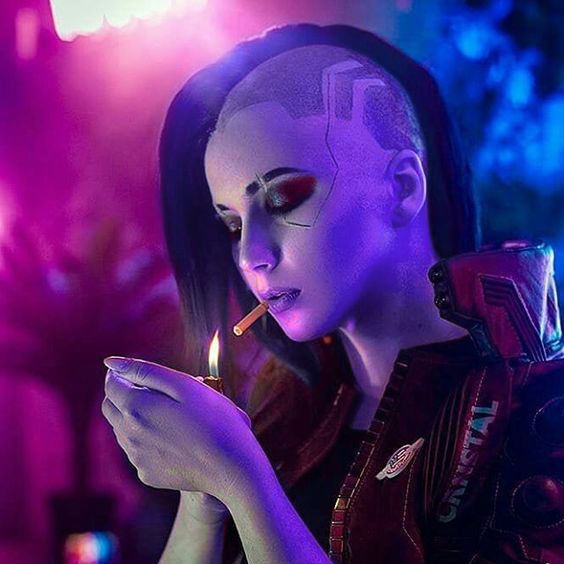